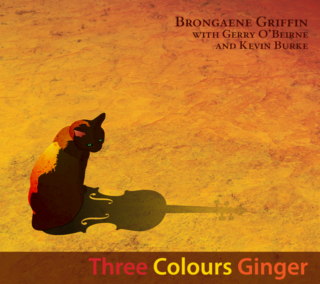 Years ago I used to wander up the coast from LA to Portland to play music with Kevin Burke and Andy Irivine, and from there we would go on tour around the states. The music was sleek and jaunty and fun and the trio was never recorded, more’s the pity, though I produced an album for Kevin, Up Close, that among other things had the harmonica-playing Murphy family from Wexford with their celebrated reels, and I added some electric guitar and drum machine on one of those late night sessions. It’s a track I really love. You hear those tunes played a lot in trad sessions nowadays, but I always miss the electric guitar, though I might be the only one who does!

We used to hang out at a somewhat anarchic wine-lovers’ restaurant that proudly boasted the most brusque service in America, The Vat And Tonsure, now sadly closed forever it seems, and one of the friends we made at that time was Bronnie Griffin, a teenage fiddle student of Kevin’s who was already a good old-time and bluegrass fiddler but took to the Irish thing like a happy splashing duck to water and was immediately good enough to play with himself. Now she has made an album and kindly asked me to produce and arrange the music. I think it’s really good and upbeat and fun, reminding me a lot of the times we had back then and full of Bronnie's generous spirit. I play along a fair bit too and Kevin doubles up some fiddle lines and harmonies on a few tunes, and then there are contributions from other good friends like Elizabeth Nicholson who provides airy dexterous harp. It’s very unusual too in that there’s a running theme of cats through all the titles (Bronnie is a big animal protection and rights supporter) and Kevin chips in by reciting The Owl And The Pussycat and some other cat poems in his inimitable growl. It’s worth checking out some of the tracks here. I think they are really pleasing.